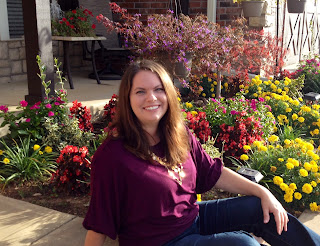 I'm so fortunate to meet really great people in the writing community. People I never would have had a chance to meet otherwise. Today, I'd like to introduce you to Charity Bradford who sounds like she's had a most interesting life. It's wonderful to see someone pursue their dreams, and it appears Charity certainly has.

Charity’s childhood was full of adventure. From the first grade on, she moved from Kentucky to Alabama to Kentucky to Alabama to…well you get the idea. Although the moving didn’t help her grasp of mathematics, it fostered a deep love of books since those were the friends she could always take with her. Her family settled in Tennessee about the same time she started Jr. High.

The small rural community provided life experiences that she often wishes she could give her children. She ran wild over forty acres and learned to drive at the age of twelve. Between books, she shot b-b guns, stacked firewood, worked in a garden, hauled water (because they didn’t have running water!), and decided that one day she wanted to see her name on a book in the library.

In high school she started writing stories, but never managed to finish a full-length novel. She put her writing dreams on hold, finished HS and headed to Brigham Young University where she finally filled those gaps in her math knowledge with a degree in Elementary Education. A year before graduating, she married her high school sweetheart. They started their family right away. By the time her hubby finished grad school, they had three kids with one on the way.

Having lived more life, suffered heartache and a near death experience, she decided it was time to make that dream of becoming a published author a reality. She started writing and entered the blogging community to learn all she could about the craft and industry. In the end she learned that the best rule for writing is to follow your heart.

Charity lives in Northwest Arkansas, loves to dance, camp, hike, bake and eat. She loves to eat so much that she started running after her fourth child was born. She has now run five 1/2 marathons and multiple 5ks. She also enjoys cake decorating.

She currently has two novels, a short story collection and an anthology from her annual high school short story contest (Bold New Worlds) available on Amazon. Her style is a mix of character driven science fiction mixed with fantasy.

Her first novel, THE MAGIC WAKES was published by WiDo Publishing in 2013. It’s the first book in a planned four book series. Book two is currently being reviewed by her publisher. The short stories and FADE INTO ME are self-published. She’s decided it’s nice to have a foot in both worlds.

Book Blurb for FADE INTO ME:
Aliens live among us. Their purpose: to protect and nurture their greatest mistake—mankind.

Caeden Frey doesn’t believe humans will evolve to see the magic, much less control it. Even so, he has two months to marry a human or face the wrath of the High Council. Bitter about a responsibility he thinks prevents him marrying for love, he figures any human girl will do. He’s ready to propose when his soul mate stumbles into—and right out of—his arms.

Human, Ryanne Killian might be Caedan’s one shot at happiness while still fulfilling his duty. Unfortunately, she guards a dark secret. She’s determined to push Caedan away to protect him from her past.

Caedan must convince her she’s worthy of his love before a rival family puts an end to his wedding plans. If she can see her own worth, she just might save herself and his people. 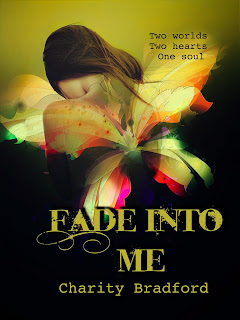 Links to her other books:

I'd like to thank Charity for participating and wish her the very best of success.
Posted by Karen L. Malena at 9:14 AM 5 comments:

Let's not come to this 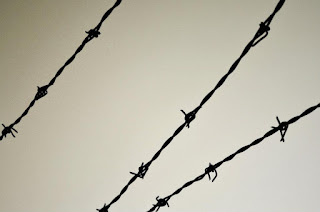 Since I was a very young girl, I'd always wanted to be an author. I envisioned books that I'd write, and hundreds if not thousands of people who knew me and loved my works. With so much seriousness surrounding me as a little girl, fantasy and books, imagination and writing were all very good ways to escape. And when I grew older, my vision was put on hold, but never died. Always in the back of my mind were stories begging to be told. When finally, five years ago my dream came true and I became a published author.

I'm still waiting for adoring fans, yet I've found a small following in people who believe in me, or some who have reached out to me and said, "your book really resonated with me, it really touched me." Or, "I, too, went through something like that. Thank you for bringing this to light."

I may write mostly inspirational fiction, yet each book has a truth element to it. Many of my characters come from dysfunctional backgrounds. Many of the issues I write about, alcoholism, abortion, mental illness and such are things we all have gone through and I hope to convey that a person is not alone when they've had to deal with such seriousness in their lives.

My new book is completely different. It's been a labor of love for well over a year now. It's only a short e- book at this time, as I am writing two other installments as of this moment, but in some ways, I feel it is the best writing of my career. It's totally out of my comfort zone, dystopian/sci-fi. The idea came to me watching families of four at restaurants, all sitting there, each one engrossed in their i-pads, smart phones or games, nobody talking or conversing, no true warmth whatsoever.

What if...I thought. What if there was a society like this in the near future? Perhaps it will be true, who knows?

Here is the premise of my book Sound of Silence.

One small mistake. One dire consequence.
What would happen in a world without speech, a world where only electronic, texted conversing was permitted?

Ray Warren does the unthinkable. He seals his fate by speaking out in a moment of kindness in an era where speech has been outlawed. The year is 2050. Due to a lethal rise in terrorism and a powerful politician's decree, officials now monitor all spoken and written communication. Military police exercise full control of any disobedience. Children born into the new world are implanted with a special surgical chip which renders their vocal chords paralyzed. Ray, one good man, makes a bold gesture and in doing so, condemns himself and must leave the family he loves to ensure their safety.

I hope it doesn't come to this. I pray it doesn't come to this. Perhaps we have the chance to make changes in our world right now. Turn off the electronics for a day or even a few hours. Let's pay attention to our children, husbands and families once again. Let's bring back the warmth that only spoken words can convey. If not, then the question I ask may be possible....What if?

Here is the link at 99 cents on Amazon if you'd be so inclined to check this story out. Let me know your thoughts.
http://www.amazon.com/Sound-Silence-Part-One-Book-ebook/dp/B00ZSOUMFQ/ref=sr_1_5?ie=UTF8&qid=1434622309&sr=8-5&keywords=karen+malena 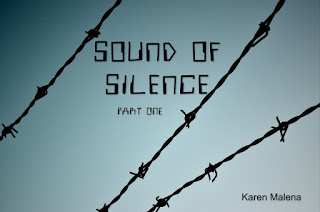 Here is a review from one man:
I highly recommend "Sound of Silence" as an all too plausible dystopian work. If you've ever had an older relative try to teach about the way things were and how downhill things have gotten, you'll find yourself on a platform spiraling down at dizzying speed, with your stomach pressed against your lungs in a breathtaking ride toward a shocking but perhaps not unexpected "future." Vincent Alessi Telecommunications Procedure Writer and dystopian fiction fan.