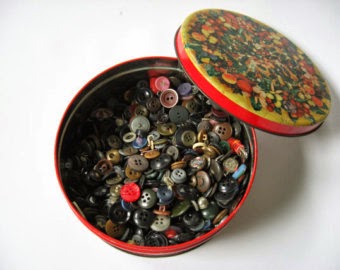 Throughout most of my life I've had what is known as a vivid imagination. Make-believe and pretend would be such a big part of my childhood. Sometimes when things were particularly scary, I'd become someone else in my head for a while. I think it helped to keep the frightening events at bay, even lessen them a bit.

I loved old television programs like "Lost in Space." My cousins and I would become the characters from shows like this for hours. Though Anna, my cousin, was only months older than me, she usually got to "be" the better characters, the popular ones, while I had the middle ones such as Will and Penny. Her younger sister, Patty was most unfortunate for she had the roles of The Robot and Dr. Smith. Well, that's what happens when you're the baby. My parent's basement would be transported into The Jupiter II. The outside of my home would be other places far, far away.

Our grandparents talked often about "the old country" as if it were from another world and most definitely from another time. Anna and I had the bright idea that we could travel to this place if we gathered the crates which had held our Nono's grapes for wine-making. Painstakingly, we put the purple- stained crates together, forming them into a sort-of train. We hopped aboard and in our imaginative minds, we were there, wherever there was, the scent of grapes intoxicating.

Once we found an old box in our Nonna's attic. Nothing had ever seemed more intriguing. For in it were old clothes, light chiffon outfits and sparkly dresses. The old cardboard box seemed bottomless as we dug deeper and deeper into it for more priceless treasures. We would play for hours at dress up becoming whoever we wanted to be.

Another childhood wonder was the old button box. Every grandma had one. Scads of colorful buttons piled atop each other in an old tin. Bright buttons, ones with fake jewels in the center. It would become an all day affair finding just the right buttons to "become" family members. We chose pretty white buttons to portray our mothers. My own button was blue with a diamond in the center. But our grandma's button was best of all, for she was always the "queen" and a special decorative button would always portray our Nonna. Since buttons were so small, our "people" would have mansions to live in as we used our grandmother's living room for their homes. Nobody ever got sick in these imaginative worlds. Nobody ever fought or grew tired of one another.

I wonder if children have lost something in this age of I-pads, smart phones, video games and such. How will they discover the potential that lies within? That untapped imagination that will take them to other places, walk in another's shoes for just a bit. A world where anything is possible, if only in they believe.
Posted by Karen L. Malena at 1:48 PM 2 comments: 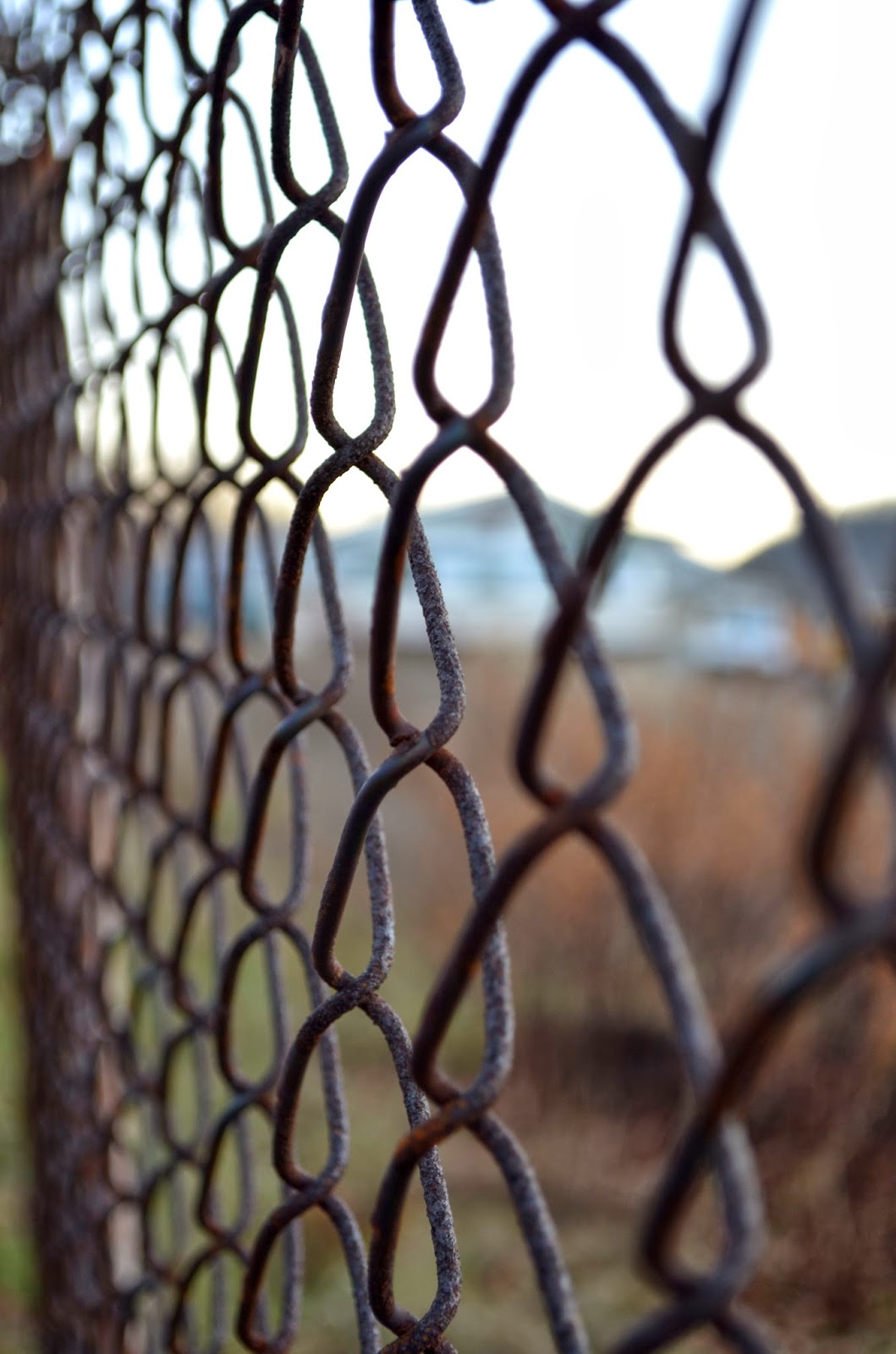 I grew up in a family where money was sometimes an issue. As a young girl, attending business school in downtown Pittsburgh, during lunchtime while all the other girls had their crisp dollar bills ready at our local McDonald's and other fast food establishments, I shamefully brought along my brown bagged lunch. My parents didn't have daily money to hand me. I was fortunate I had enough to ride the bus to and from school. My brother and I never wanted for anything, but frivolity wasn't a part of our lives.

Years later when my father retired, he took a drastic cut in his monthly wages. He even got a part-time job at a convenience store to make ends meet. Because of many health bills and re-financing through the years, my parent's home wasn't paid off and I saw them struggling financially as they grew older.

It was about this time, I became separated from my husband of twelve years. At first, my son and I lived with my family, helping with monthly bills, until we found a small house to rent. I had a full time job, but as a single mom, new challenges were presented to me. Clothes for my son, food, whatever he'd need for school projects and such. Yet through this whole time, I kept hearing about "the ten percent."  I had strong Christian friends who spoke about "tithing", the giving of ten percent of your wages to your church. For years I questioned it. Brought up in a traditional church, we gave an envelope, sometimes lucky to put 10.00 on a good week. Yet here were my friends, all who seemed financially stable telling me about the biblical principle.

Finally, after feeling deep down inside that this was something I needed to do, I made a decision to tithe to my traditional church. I truly began to believe that my son and I would be taken care of financially. I noticed almost immediately while writing out my weekly bills, as long as my first check was the ten percent, all the rest of the bills were able to be paid as well, with money left over. This was amazing.

About that time, my father came to me with a problem: his little old car was on its last leg and Dad wasn't sure what to do. There was no extra money to buy a used car, and his credit was poor at the time. After prayerful consideration and many, many tears, I decided to help him out. I took a small loan at a local credit union with tears streaming down my face. How would I do this? I'd promised God I'd tithe, and here was a new burden laid upon me. Month after month went by, and somehow, some way, I always had enough. I still gave my ten percent, paid my own monthly bills and took care of my father's bill as well. The principle overwhelmed me.

Years have gone by since that time. I've remarried and taught my husband about the ten percent. It's almost miraculous because not only are we able to take care of our bills, but I see the blessing being passed down to the next generation, our children. I see each one of them with amazing blessings in their jobs and their lives. It's true, the principle of God throwing open the floodgates of heaven. It may not mean picking the winning numbers for the lottery, but I can tell you this: It is God's promise, a promise of stability in our finances and lives. Of generosity toward our church and others. And a lifetime of financial peace and blessings. 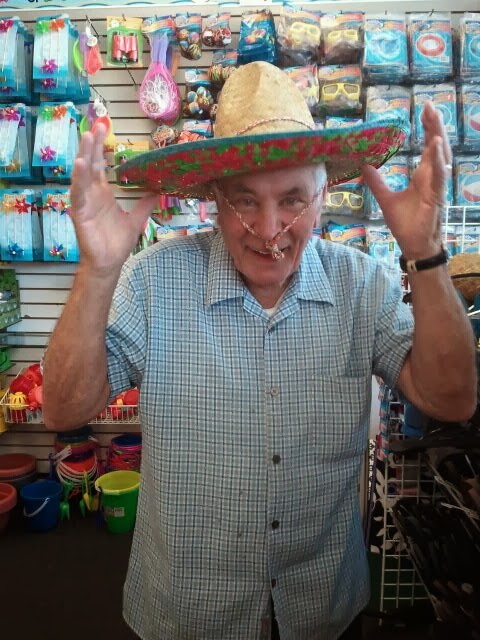 My goodness. Time does fly! I can remember the fun, silly man, the one who always tried to make everyone laugh. The time my father dressed up like Fred Rodgers, complete with zip- up sweater singing "It's a beautiful day in the neighborhood...."

Another time, with a large tin can upon his head breathing heavily like Darth Vader stating, "Luke, I am your father."

Or once, in J. C. Penney's, a fedora cocked sideways on his head while we walked through the men's department, pretending to be Hannibal Lector in the final scenes of "Silence of the Lambs."

This soft-spoken, good-hearted man, who walked through life seemingly without a care in the world. But there were cares. When I was 13 years old, laying in a hospital bed in Children's Hospital, my parents stood by stoically, trying to make light of the seriousness of spinal surgery. Dad would invent some crazy song or antic to make me laugh. He'd poke fun at the nurses and doctors, calling them all sorts of humorous names behind their backs. Day after day, he'd drive himself and Mom to visit me, though driving to Pittsburgh wasn't something he liked to do.

My rock, my strength. A man who was there in times when my mother was hospitalized when I was a little girl. A man who took the time to build crystal radios with me, paint little football men in an old game, explain word problems in math one more time. Walk me back to bed, when upon waking in the night, I'd need the reassurance that everything was alright. Explain the plays yet again to the tiring questions I asked while watching Steeler games with him. A man who never put himself before anyone. Humble, simple, loving and kind. These words don't do my Dad justice.

In 1999 my father was rushed to the hospital. A quadruple heart bypass would follow. My brother and I thought we might lose him at that time. Dad not only pulled through, but today, March 6, he turns Eighty-three.

God has been good to our family. I'm blessed to have both my parents and consider every day a gift with them. Though we've seen hard times through the years, our deep love and humor carries us through life's journey.