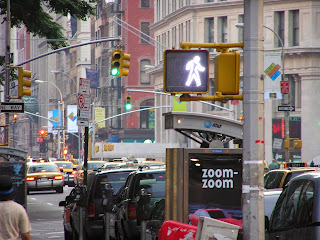 Once there was a fun-loving young man in his early twenties; a man with a smile like a ray of sunshine who could charm anyone with his wit and humor and a laugh that could warm the chilliest heart. There wasn't anyone who disliked him. People took notice of his humorous antics, good looks and charming ways. His heart was big, his kindness evident, and sense of compassion, great. He fell in love with a very good, simple girl from a small town. Her family was extremely close and he adored them and the way they made him feel: welcomed and loved, a true part of them.

This young couple courted quickly and married within a year. Their apartment was tiny, but well-kept, clean and cozy. They didn't have much furniture, no rich lavish decorations, but they had each other. Laughter, compassion and goodness continued to be a part of their world, and when they looked into each others eyes every night, true love could be seen in their gaze. Their lives were a testimony to people around them.

As time went on, the young man yearned for more. His small world became a prison to him. He wanted a better job, grander things to please him. The simple, good girl wasn't enough for him. She wondered what she could do to keep him happy. Should she change? Would he be more content if she was prettier, skinnier?

Then the day she never dreamed of arrived. The young man told her he was done. He wanted out of the marriage, out of their small world. He had big places to go and many important things to do. She wouldn't be welcome in this new life he'd chosen.

Though her heart was broken for a very long time, she managed to put the pieces of her world back together.

Many years went by, and the woman who'd grown and matured into a loving, caring adult found herself face to face with the man who'd betrayed her those many years ago. He told her he needed to relieve himself of a heavy burden, and would she give him just a few moments of her time.

Years of grief poured from the man. Red-faced and sobbing, he apologized for leaving her behind, for hurting her so cruelly. He'd gotten everything he wanted in life: fancy job, huge home, gorgeous women and mountains of money, yet he'd lost his soul in the process. Would she please forgive him from her heart? Would she absolve him of this most grievous sin?

With a trembling hand, she brushed away the tears which coursed down his face. She smiled a sad, tired smile at him. She thought back to the years of happiness, the simple life they'd once shared. The fact he'd been the first love of her life. She remembered the ache, the loneliness she'd gone through when he abandoned her. Everything in her screamed how wrong it would be to forgive him, yet she offered mercy to him that day. In a quavering voice, she absolved him. The release flooded through him and a burden was lifted. They parted ways and years separated them once again.

One Christmas, the woman received a phone call from the man. He was at the end of his rope. All the money in the world couldn't buy him happiness, or the simplicity he so longed for. The lavish lifestyle and grueling hours at work to keep him wealthy and comfortable was killing him. He'd lost touch with everyone that mattered: his family and friends. He felt lost, lonely and insignificant. He wanted to end it all. He had called to say goodbye to her, to hear her voice one last time, this good, simple woman who'd loved him once and forgiven him greatly.

It had been much too long since the woman had cared for him or felt emotions stirring within herself toward him. Yet she prayed a simple prayer as they spoke. "God, be with him. Show him there's so much more to life than what he's been pursuing. Give him your peace and simplicity."

It wasn't a very dramatic or elegant prayer, but a prayer offered in the quietness of a humble heart. They said their goodbyes and as she hung up the phone, she realized it wasn't her power to change him. She'd done all she could, forgiven and moved on. And that was enough. The rest would be up to God.
Posted by Karen L. Malena at 12:28 PM 1 comment:

A Most Quaint, Cozy Place 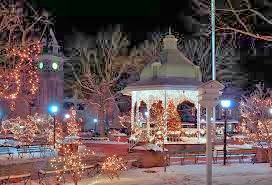 I chuckled to myself today while walking through the quaint town of Ligonier, Pennsylvania. The movie "Funny Farm" came to mind, but not in a bad or irreverent way. If you've seen the movie, you'll remember near the end when Chevy Chase and his wife are going to be divorcing, and they needed to sell their lovely country home. They called upon the citizens of Redbud, the quaint town nearby, to dress and act like something out of a Norman Rockwell Christmas magazine to help them push the house to prospective buyers. The town was aglow with lights, carolers and such coziness, you wish you lived there yourself.
Today, I found myself in such a town. Snowflakes flitted upon the air, lacy and delicate. Lovely Christmas music was playing, piped through the gazebo in the town square. Shopkeepers smiled warm greetings at my husband and I as we walked by. Everywhere we went, a bit of Christmas cheer was tucked into a cozy corner.
Nothing compared to the lovely place we stayed. A newer establishment in town, Thistledown at the Seger House is a journey back in time. With its lovely woodwork, homey, old-fashioned Christmas decor, and some of the sweetest people running it, my husband and I felt as if we were a part of a Norman Rockwell painting, book, or magazine.
I've yet to find out the history of the building itself. Someone told me it was once an old hospital. I plan on speaking with the owners tomorrow morning to hear more about it. For tonight, my writers imagination will run wild with it. I believe my husband and I are the only ones here this evening. And though that may seem a bit creepy to some, we find it romantic and alluring. The perfect writing retreat for me and well-deserved getaway for my hard-working husband.
We've stayed in many places on our weekend trips. This impeccable inn will certainly be somewhere we will journey to many times in the future. 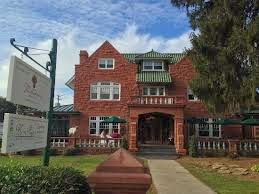 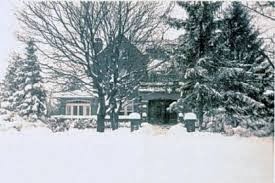 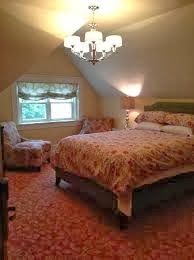 http://www.thistledownligonier.com/
Posted by Karen L. Malena at 5:30 PM No comments: 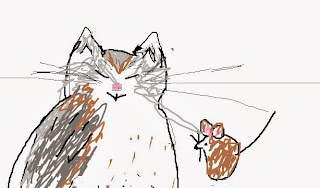 Merry Christmas everyone from Piggy the Cat, my alter ego. Today I've decided to post an excerpt from the final chapter of Piggy's book which would have been the Christmas volume. Although all her stories will be told in an upcoming paperback book, I want to share with her special fans just a little of the fun that awaits. You guys are amazing and Piggy wouldn't be who she is without all of you. Thanks so much for following her on Facebook and reading her books! You all rock!