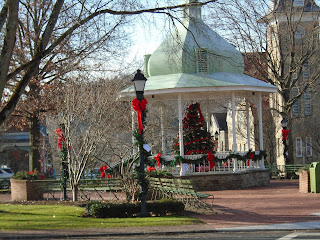 With trepidation, I made the hour-long drive to my favorite town of Ligonier by myself to do a reading for residents of a care home. The rain had been pouring earlier and my mood became as gray as the day. My husband is usually with me on this trip, and I am always excited and filled with warmth to visit this beautiful place. It felt daunting driving there alone though. Alone with my thoughts, and my lack of confidence. Alone with elderly folks in a place like the one that had housed my mom before she passed away a little over a year ago. How would it affect me? What would they be like?

The further I went however, the more peace descended on me. I felt God as my passenger. I began praying for the residents, their caregivers, and families. I prayed that God would give me the right words, and that I would be a blessing to them.

The facility was charming and clean. I noticed plants, a beautiful fish tank, bird, and resident kitty. I couldn't help but smile. My set-up was in an airy room overlooking a moving stream. Ducks waddled about enjoying themselves below. Well, at least they're enjoying this wet weather, I thought.

Residents began arriving along with two of the workers. I felt instantly at ease in the presence of the elderly. It has always been a calling of mine to be around them. I immediately feel a kinship. I see the young girls and young boys they once were. I wonder about the lives they've led. Some of their eyes hold sadness, and others, mischief. Some of them are serious, and others, child-like and playful.


A few arrived in wheelchairs and with walkers. Others seemed spry and healthy. Every one of them had a most beautiful smile. I was charmed by their presence, and spoke heartily with them.

I'd chosen one silly cat story to read, a tender poem about my father's passing, and a short Christmas story. Tears were being wiped away at the end of my reading. They clapped and thanked me. I'd made little gift bags for them, and passed them out. Their gratitude as they received them, warmed my heart.

A gentleman invited me to stay longer and have lunch with them. I couldn't pass up the opportunity to chat with them. During my time in the dining room I met several others--people I will treasure in my heart.

One lady is a bird lady, and the resident parrot just loves her. She knows this woman and eagerly awaits for her to scratch behind the little feathered head. I was taken on a tour of the facility and learned that the bird lady also loves to crochet. Her work is impeccable and I would like to learn from her one day. She is ninety-years-old, and had lost a daughter in the late 1990's. She still choked up while speaking of her.

Another lady couldn't stop hugging me. She said, "I think you and I could be very good friends." She loved the little teddy bear from her gift bag, and I saw her walking around with it. My heart felt warm and full. My mind was completely at peace.

The best resident I met today was the gentleman who bought me lunch. He is a retired teacher, veteran, and very well-spoken. He held himself with dignity and charm. We had a lot to chat about. He was thrilled that an "author" came to visit them. That title didn't matter at all to me today. For today I was just me, but better. Today I learned, grew, and blossomed.

Today I did what I loved, and loved what I did. I didn't think back on any sadness from the past. And I made a few new friends in the process. 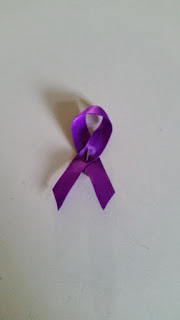 Years ago when I shopped at a Giant Eagle store near my hometown, there was a wonderful African American man who used to bag groceries. He was a retired pastor, and it was a delight to be in his line. His careworn face filled with a roadmap of wrinkles held the clearest, soulful brown eyes I'd ever seen. A baseball cap was perched on his head with silver hair peeking underneath. He always had a big bright smile for the customers and would have something special to share.

"God's a blesser," he would tell me as I reached for my bags. "I praise Him every day." Or, "God bless you, daughter. Have a peace-filled day."

I miss seeing him when I return to my old stomping grounds, but I will never forget this man.

Today I was feeling a little melancholy. Thanksgiving is approaching, and it will be the second one without my parents. My husband has been working so much overtime it is affecting his personality and his negativity is overwhelming. Work has been stressful, television news has been awful. I began to let the blues overtake me.

Wow, it seems nobody cares anymore. People are so indifferent. There's never a good or kind word from anyone. I haven't met a person lately who isn't filled with anger. Everyone is at odds about something.

I wrote a few words this morning on Facebook:

What if? What if today we step out of our comfort zone for another person? What if we don't judge someone who is different? What if we give ourselves and others permission to make a mistake and forgive immediately? What if we treat others with respect and kindness? What if it lasts more than just for today?

After church I stopped in a dollar store. My stomach was rumbling with hunger, so I wanted the trip to be a quick one. I was looking at a few small teddy bears when I heard a voice behind me. "Aw, you like the furry little bears, do ya?"

I turned and looked into the face of someone so similar to the man I'd known all those years ago at Giant Eagle. His smile was radiant, a baseball cap perched on his head over silver hair peeking from underneath. I couldn't see his eyes, as he wore light brown sunglasses. We began a conversation.

It seems this man was a pastor. He, too, is retired and works on cars part-time. The kindness he showed, and the way he spoke, gave me fresh hope. He talked as if we were old friends. He gave me ideas of places to go and the beauty in nature waiting to be seen. He said that if we look, God is in the splendor all around us. I felt drawn to him, and asked his name. He told me it was Richard. And that in itself was special. It's my father's name. He handed me a little purple pin, an Alzheimer's remembrance pin. And I found that odd as well since Mom passed away from Alzheimer's complications only last year.

We chatted at least a half hour, and I didn't regret one moment. Everything I had felt earlier vanished in the presence of this good old soul. Even my hunger. For I now hungered for his words; words that gave me a fresh outlook and something to believe.

His parting words to me were, "God sets up appointments, doesn't He? We just have to look for them."

I'm glad this appointment was right on time. 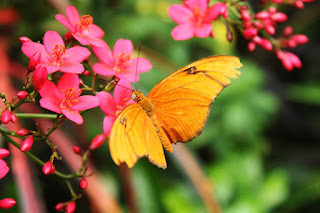 How can it be that some of the darkest times of our lives later become the very moments that shaped us and defined who we are?

As a little girl of eleven-and-a-half, I began struggling greatly with self-esteem issues. Where I saw other girls that age, beginning to blossom, I looked into my bedroom mirror and saw distortion. Something was very wrong. One side of my body was straight and normal. But the other was unimaginably misshapen. I feared telling my mother, because we had recently come through an extremely bleak time. My mother had had a nervous breakdown and was finally well. We'd moved from the only house I'd ever known into a beautiful, wooded area to begin a new life. How could I ruin everything? And I was frightened also. What if this was something really bad?

Putting it out of my mind, I innocently sat on my mother's bed one day while she scratched my back. She stopped. I held my breath. She's noticed something. Mom said to me, "Kar, something's wrong with your back." I went into panic mode. Screaming and crying, I could not be consoled. But my parents made an appointment with a Pittsburgh doctor, a specialist, to find out about this mystery.

It turned out that I had scoliosis, curvature of the spine. Surgery was immediately scheduled.

My parents and I faced the unknown together when we arrived at Children's Hospital. Questions were asked, the answers of some which I didn't want to hear. For I'd found out about plaster body cast, wires, tubes, strange scary things I'd never dealt with before.

Mom was brave through it all. She never let me see how fearful she was. And she treated all the other little girls in the ward with kindness. I began to see in her, the woman I would someday become.

Dad handled this time with his best defense mechanism: humor. With silly words and funny phrases, he kept me laughing through it all. He had make-believe names for some of the doctors and nurses; names he only shared with me. This way of my father would be something that stayed with him all of his life--diffusing tough situations with his humor.

One day in particular comes to mind. We'd heard that Fred Rogers, of "Mr. Rogers Neighborhood" was visiting. I loved his show but wondered what were the chances he would visit my ward. But there, before me, stood the sweet, iconic man. He took time to say something special, as only he could. I, who had felt disgusting, and abnormal, who now lay in a huge body cast, heard words that meant the world to me. "What a pretty girl," he said, smiling that charming smile. It gave me hope--hope that someday, this nightmare would be over, and I had a chance at being normal once again.

Though it was a scary time for all of us, I saw courage that I'd never thought possible. And it changed me. A newfound sense of compassion became a big part of who I was. Just like my mother, I was able to reach out to others who were suffering, thinking beyond my own circumstances. My eyes were opened to them in a major way.

I would use the lessons learned from one of my darkest times, to mold me into a better person. Not only in body, but in spirit.

I know we each have our own cross to bear, nightmare moments that seemed so bleak we thought we would certainly lose our minds, or not make it through. But if we look for the good in others who surrounded us during these times, take a little of their strengths and let it become our own, we will not only survive, but thrive. We will give back to others when it is our turn to be the courageous one.


These photos are from my time in my body cast: 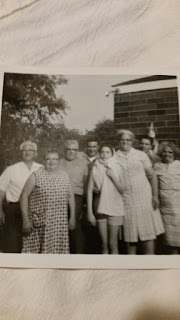 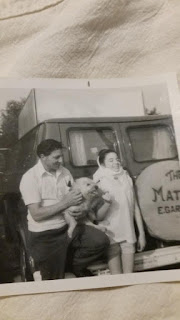