This Is Not Easy For Me 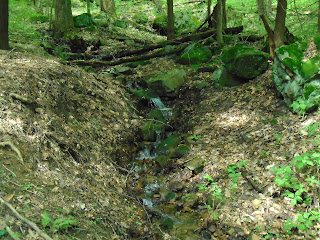 In light of all the recent sadness brought on by so many suicides, I feel I need to share a story with you all. This is not easy to speak about.

When I was a young girl of about nine or ten, my parents took me for a visit to our relatives in the next town. I had cousins almost the same age as me, so I hoped it would be a fun time. It must have been a very hot day, so everyone decided we would head to a local pool for swimming. I was terrified of water, and not happy with the decision. I hated when rough older kids played near me, dunking one another and acting silly, and spent the day popping in and out of the pool to avoid them.

A little later in the afternoon--and this is sketchy--my uncle came to pick us up. It seemed that a little emergency had happened at his house, he'd said. And I found out it involved my mother. She'd been taken to the hospital. By this time, I was used to her hospital visits. Unfortunately, I knew all too well what her depression and mental illness looked like. I was used to the haunted look on her face, the words that didn't make sense sometimes when she spoke. I thought it was just another routine visit.

My father had asked my aunt and uncle if I could spend a few days at their house. I wasn't sure why, but I knew it was important. I was already a backward, sad young girl, not a carefree spirit as my cousins seemed to be, and I felt that I didn't fit in well with them.

When Dad picked me up after a few days, he didn't say much. I was thrilled to be back with him and my grandparents who lived next door to us. I became a bit needy, asking a lot of my father, wanting to spend as much time as I could with him, not realizing what he was going through. Mom still wasn't home, and quite a bit of time passed.

What I hadn't known, was my mother reached an all-time low during her visit with our relatives. In her mind, she felt worthless, unloved, guilty and condemned. Nothing looked right to her. Nothing made her happy. She fell into a pit of despair and decided she didn't want to live any longer.

When I saw Mom again, I had no idea what the bandages around her wrists were. All I knew was my mother was back! Maybe this time would be different and she would become a normal mommy.

As time passed, with the help of a great therapist, the love of my father, and a true miracle, my mother's depression lifted. It was as if the sun began to shine in our home for the first time!

My mother remained strong during my battle with scoliosis only a few short years later. A true steadfast presence and blessing to me, she helped keep my spirits up through frightening, serious surgery and a lengthy recovery. She used humor, great stories and prayer to get me through.

She got pregnant in her late thirties, and though she was told to terminate the pregnancy due to complications from losing two other babies, she went on bravely to have my brother.

She became an antique dealer, something she'd only dreamed about, and then went on to run a sweet little Mom-and-Pop grocery store where so many high school kids and others would stop daily for great conversation with her. Mom's infectious laughter, soft heart, and listening ear became known all around. To this day, I still hear stories about lives she touched during her time there.

In my later teen years, Mom had a talk with me about her dark time. She admitted her attempted suicide, and shock resonated in my whole being. Didn't she love me? Would she really have wanted to leave my father and I? Anger simmered within me. I needed time to process what she told me. But as more and more of her story unfolded, I began to understand the lost girl she had been. The child who hadn't been wanted. Who had heard her own mother speak of aborting her. Who had a father who seemed like a monster as he beat his wife and frightened the children with his alcoholic rages. And then losing the most precious person in her world, her dear sister at a young age. All of these things coupled with the sensitive person my mother was, would contribute to the black hole of depression in her life.

It was as if the scales fell from my own eyes. Not only was I able to forgive her, but my mother and I became like best friends during this time. I could talk with her about anything. And I learned compassion, forgiveness and goodness from her. I spent my life thanking God that my mother was still here!

What if she'd succeeded in her attempt? How many lives would not have been touched, blessed and affected in an amazing way? You see, my mother also had a near death experience when she suffered a cardiac arrest after the depression. She was able to share her story of a glimpse of the afterlife and to describe just how wonderful the feeling of being in God's presence was. Her story would go on to bless countless people throughout her life, giving them a reason for hope when they lost a dear loved one.

My mother's life had a purpose and a reason. Yours does too! Talk with someone. Even one person could change the course of your life. Share your feelings with anyone who will listen. Find a therapist, counselor, pastor, or friend. Be real with them. Be raw. You are needed in this world. Like my mother, you have so much more to offer. There will be someone who will benefit from your life, your very good life. There will be someone who is grateful for you being a survivor.

All my prayers and good wishes for you.

My Unknown Siblings: A story of a heavenly reunion 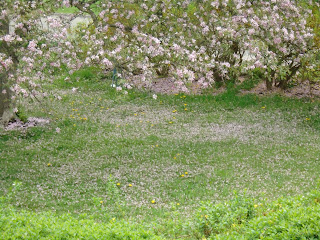 Miscarriages seem to be a taboo topic still to this day. But I want to share some stories that will perhaps be a blessing to a young mother mourning the child she never had.

When I was a little girl, among the many other issues going on, I remember a very difficult time of hushed words, whispering and tears. I saw a sadness in my mother that didn't seem like her usual depression. It wasn't until much later that I learned that Mom had miscarried two pregnancies within a short time of each other. One of them was so bad that my mother almost died.

As I grew into my teenage years and beyond, I thought many times of the two who were lost. I wondered were they boys or girls? What would they have been like? How would it have changed our family?

It wasn't until my brother Rick came along fourteen years later that I didn't think about them so much. I had what I always wanted: a sibling! Rick was named Matthew Richard. Matthew means Gift of God. He was truly that in our lives, the miracle baby who survived the odds, a great blessing in our lives.

But as the years marched on, and our parents began aging, when times got difficult, I began thinking of my two lost siblings once again. How nice it would have been to have a larger family! Perhaps they would have shared the burdens of our parents health issues and been a strength that our family needed so desperately.

I had read a book about the little boy who died and was brought back to life. He mentioned to his mother about his near death experience and said that he had spoken with a young girl and called her by name. His mother couldn't believe it, for it was the daughter she had lost in pregnancy and the name that would have been chosen!

I see so many women who mourn their lost children, wondering what life would have been like if they'd carried them to term. But I believe those dear little angels are in Heaven and they are waiting for us just like the story of the little boy who had met his unborn sister in the presence of the Lord. They are not lost forever and we will be reunited with them someday.

I now know who my siblings were. Their names are Kevin and Roxanne. Mom had always been fond of those names, and had almost named me Roxanne, and Rick, Kevin. I'm sure they would have been the names of my brother and sister.

And there's some neat stories during the end of our parents lives. There was one point that my dad wasn't doing too well. Rick was in the hospital room with him when Dad mentioned, "your sister's there in the corner." That really stuck with me because it certainly wasn't me. But I know now, I feel it deep in my spirit that it was Roxanne, waiting for her daddy.

A similar story happened to Mom. She was in the emergency room for the last time. She was drifting in and out. At one point, she awoke and said the word, "Bible". I asked if she was seeing one, and she said, "yes". I asked if anyone was there with the Bible, and she said "no". But shortly after, she, too, looked in the corner of the room and said the word:"Baby". I believe one of my Heavenly siblings stood there, ready to embrace the mother they hadn't known here on earth.

When I was saying goodbye to my father as he lay in a coma, I whispered to him to go to his children who he'd never met. I knew they were waiting for him. I told him how blessed Rick and I were to have him all these years, and now it was time for the other two to get to know their beloved daddy.

I have no doubt that there were two amazing family reunions in Heaven when Mom and Dad passed. The rejoicing of the children they hadn't known, the laughter and happiness that we cannot even fathom. Somehow it's easier for me to let them go to that glory and not hold on so tightly to my own grief. The Bible says: Weeping may come for the night, but joy comes in the morning. Wow, what a morning it must have been!